This past weekend Parker and I got to make a little trip to Portland to visit one of my besties Kira and Parkers best bud Jaiden. It was a very long weekend with grumpy boys and some bad attitudes, but it was still good to see Kira again! We took the boys to the Zoo, and Parker was so excited to be there for the first time. His favorite part was definitely the aquarium, where he just stood at the window in awe of the curious creatures that were swimming around in the water. He was surprisingly on good behavior for the amount of time he had to stay in his stroller. We kind of powered through the zoo since I went with people who had already been, so next we go we will definitely have to capture the moment a little better. It was fun to see the little boys interact with each other again. It has been quite a while since Kira moved to Seattle, so I didn't know if Parker would remember Jaiden. Both of the boys were a little shy at first, but eventually they warmed up to each other. However, there were times during the weekend where we wished they would ignore each other. They definitely had they share of fights and tantrums. We had two trucks for the boys to share, but sometimes Jaiden would take Parkers, Parker would scream, Jaiden was told to give it back, he would shake his head no and say,"MINE", Kira would take the truck from Jaiden and give it back to Parker, and then Jaiden would scream and throw himself on the floor. And this sequence happened over and over again. It was quite exhausting. I think the highlight of the weekend was when we were at the Outlet mall and we had gone into GAP to look around. Kira had given Jaiden her chocolate smoothy to hold, and he got mad and chucked it on the floor, splattering everywhere, not to mention all over the white pants that were hanging up. So Jaiden was screaming and then Parker was screaming because he wanted one of the balloons that was attached to a clothes rack. We were so embarrased of our boys. Needless to say, by Saturday night we were so exhausted and were ready for a much needed break. And since we were both husbandless, that was not going to happen. So instead we have planned a girls weekend, kids free, in Portland in two weeks!!! But all in all it was a good weekend. And when the boys were not fighting or throwing fits they were very cute playing together. 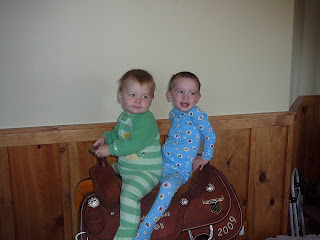 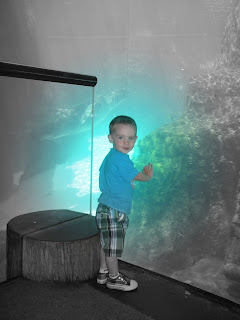 Parker would have just stood here for hours 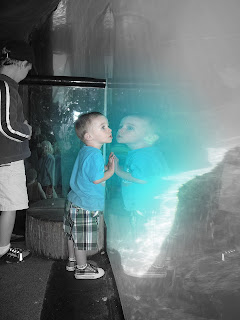 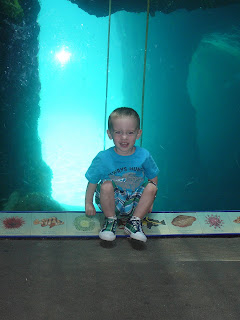 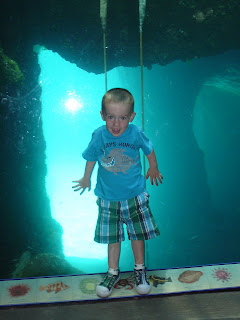 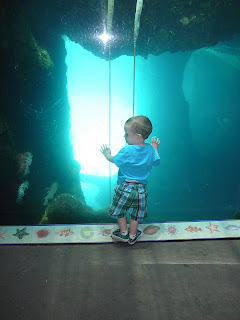 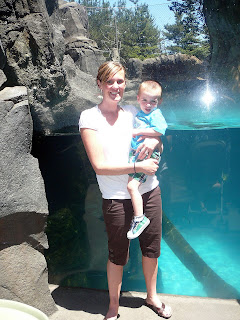 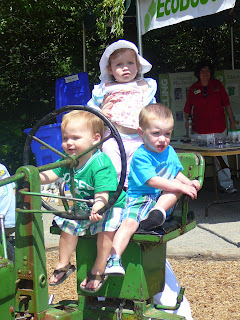 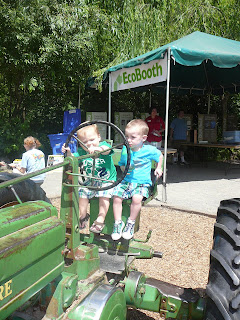 The other weekend my mom spotted a little bunny hopping around outside that was headed straight for a backyard that has mean dogs. I was not at home to witness the capture of the bunny, but I heard it was pretty funny. Since my mom couldn't catch it, she of coarse called on Chase to try. I guess he was diving around for it like a mad man. But as you can see, he caught it. Parker loved holding it and petting it. And he was much more gentle with it then he is with the cats. When I came home from working out I had the pleasure of holding it for probably an hour so it would not escape. Mom wanted to figure out what to do with it, so she called on a lady named Peggy Zierlein from our old ward to see if she would adopt this cute bunny. When we were younger we had a couple of bunnys and had gotten them from her. So she said she would take him/her in. She said she could tell the it had not been eating because you could feel the ribs on it. So I am glad Chase and my Mom saved the poor thing from being dog food. 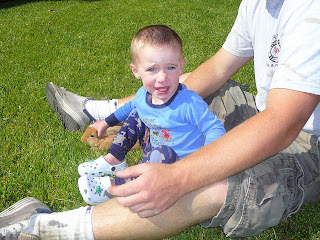 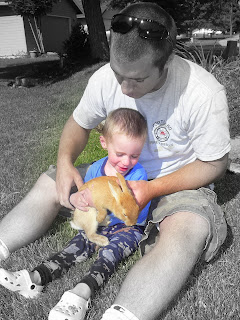 And last but not least, a picture of my cute boy right before church. Now the reason I post this picture is because of the tie that Parker is wearing. Chase is pretty good at making Parker match. But on this particular morning, he definitely failed. I argued for him to take the tie off, but I did not win the battle.
Posted by caldwell at 9:56 PM

Fun trip to Portland! Sounded eventful with the boys! Do we still get to see you guys this weekend? I am hoping so... but if not, then i will continue to hope it will be soon!

Oh what a cute little bunny! I can just picture Chase trying to catch it. It is a lot cuter then the bunnies that run around here. The bunnies here are just like a usual animal that is seen running around. They are ugly though and look like they have diseases. Parker is too cute and looks so much like his Mama! He looks just like you when Megs cut all your hair off. The gap story made me laugh out loud! Ha ha! That made me not want to have children for another year. Love you and cannot wait to see you in like two weeks!

Whew that was quite the trip to the zoo and with another toddler the competition gets real! Sounds like you and Kiera had a good time though. Glad you could make it and have fun, we were happy to see you too. Well it won't be long until we're all back there in your hood. That bunny was gross but funny.

You're brave to take a trip with Parker! But it sounds like you had some fun in there in between the toddler tantrums :) Glad you can get away in a few weeks! That will be awesome! Love the bunny capturing pictures. Kaleb would be in heaven.

p.s. the church pictures aren't working on my computer??? 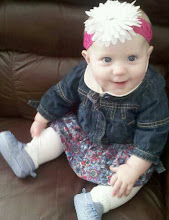 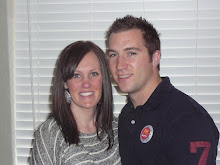 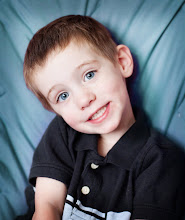